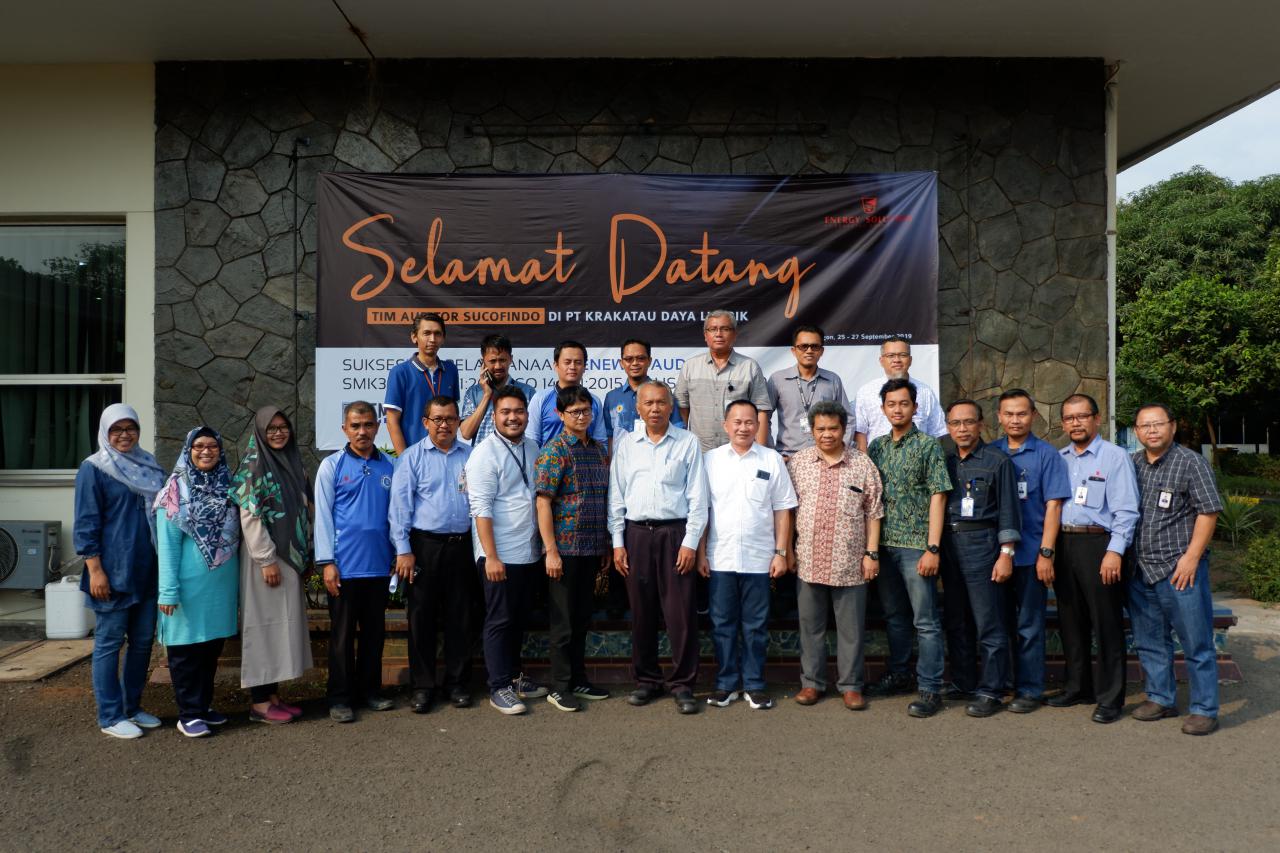 To maintain consistency in the implementation of the company's integrated Quality Management System (SMKDL), PT Krakatau Daya Listrik held SMK3 PP No. Renewal Audit. 50 of 2012, ISO 9001: 2015, ISO 14001: 2015 & OHAS 18001: 2007. The SMKDL Renewal was audited by a team of auditors from 5 (five) Sucofindo International Certification Services (ICS) and was held for 3 (three) days, 25-27 September 2019. The audit was carried out thoroughly from top management to officials at division level to ensure that the management system has been documented, implemented and implemented consistently so that it meets regulatory standards and the scope of certification. The method carried out in the form of interviews and direct inspection to the field between the auditor and the relevant auditee.

After conducting an audit for three days, during the closing meeting the Sucofindo auditor team stated that PT Krakatau Daya Listrik generally met the company's management system standards. In SMK3, PT KDL has fulfilled 93.37% of the SMK3 audit criteria in appendix 2 of Government Regulation No. 50 of 2012 with a category for Advanced level so that it is recommended to include the "Satisfactory" rating level as well as ISO 9001: 2015, ISO 14001: 2015, and OHSAS 18001: 2007 standards.

With the successful renewal of the company's management system, PT KDL was able to prove that the company always maintains professionalism and compliance with quality standards set by the government to increase customer confidence. The findings of the discrepancies found will be useful for the company to improve and improve the system going forward. PT KDL thanked the Sucofindo ICS auditor team for auditing and always being open to any input for a better company system. (ap)