Baitul Maal KDL Together with Laz Harfa Give Compensation to Orphans and Dhuafa in Samang Raya Village, Cilegon City 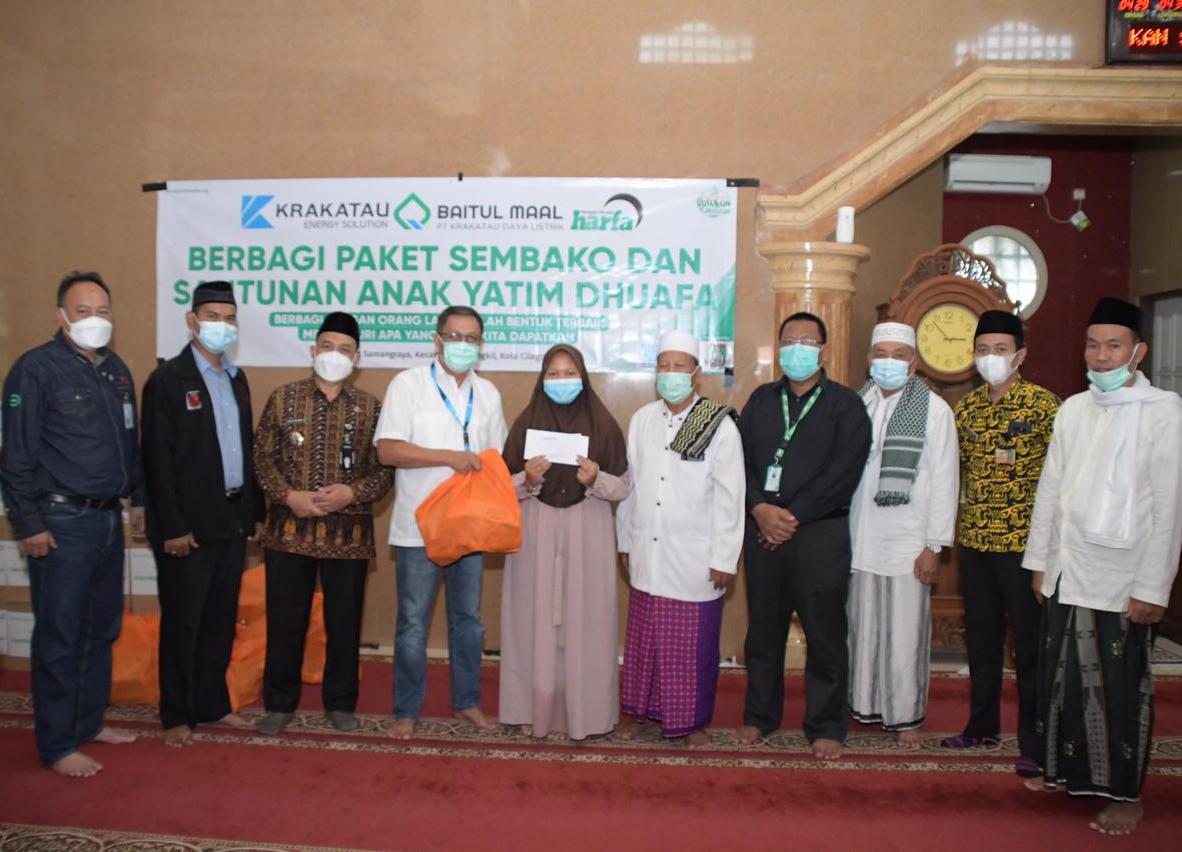 The donation ceremony was held symbolically at the Al-Muttaqin Mosque, Samang Raya Village, Cilegon City on Friday, 7 May 2021 which was attended by the Director of Finance & HR of KDL, Mr. Nandang Hariana, Deputy Mayor of Cilegon, Mr. Sanuji Pentamarta, and Fund Raising Manager Laz Harfa , Mr. Muhammad Mukri as well as the chairman of the Al-Mutaqin DKM, local village, RT, and RW officials.

Director of KDL, Mr. Nandang Hariana said that this compensation is a Ramadan program held by BM KDL whose funds come from donations from KDL directors and employees. The total funds collected in the Ramadan program amounted to 45 million rupiah. The recipients of the compensation consisted of orphans, family heroes, and Koran teachers who were in the ring one and two areas of the KDL social assistance area, especially in the Samang Raya sub-district. The Deputy Mayor of Cilegon, Mr. Sanuji Pentamarta appreciated the Ramadan program held by BM KDL and thanked him for the compensation that had been distributed. He said that the welfare of the Cilegon people cannot be separated from the participation of industries in the city of Cilegon, especially KDL, especially during the month of Ramadan.